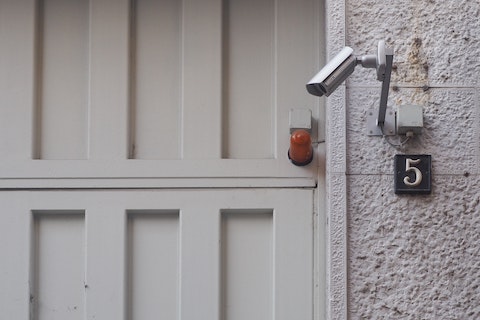 Once a system integrator RTI contacted us with a task from Moldtelecom, a large telecom operator in Moldova. The company needed to launch a video surveillance service for a large subscriber base. Most of the Moldovan population live in private houses, cottages, and the task of video surveillance for security purposes is a very relevant concern there. In the case of an apartment, you can install about five internal surveillance cameras, but in the case of private houses with all the surrounding territory, the number of cameras increases several times.

So, let’s start from the beginning.

The billing should give the subscriber access to the relevant cameras and the service itself. Besides, billing gives the possibility of authorization in video surveillance service. For Moldtelecom, we’ve integrated their own authorization backend. We could arrange the authorization through our system, but in that case, we’d have a more complex task of synchronizing databases.

So, a huge number of cameras arrived at the warehouse. We need to make an accounting of all of them, and we need to know at what point and to which user each camera was transferred. If you do this manually, you need to write down a serial number from each camera and assign them to each user, so that information about the camera used appears in each personal account. To do this, the camera must be connected to the server.

This mechanism works in such a way that the server must send a request to the camera to connect with it. For this, the server needs to know the location of the camera on the network, that is, its IP address. This is a problem because the average camera does not have a visible IP address. In this situation, you can either somehow obtain an IP address, or configure port forwarding to the router. Both methods require a lot of time and effort. Therefore, the presence of a whitelisted IP address or port forwarding ability is often mandatory when you promote cloud-based video surveillance systems.

How did we solve this problem? On each camera that Moldtelecom subscribers are currently using, a camera vendor preinstalled our small software - Flussonic Agent. It allows automatic connection to the server and gives it all the necessary information about the camera when it is first connected to the Internet.

In a couple of weeks, we developed an application using brand colors and company logos. In the future, we want to make this process even faster and fully automate it. In particular, customers will have the opportunity to fill out a special form on our website and receive a preview of the application that will be developed for them.

Moldtelecom has acquired an eternal license for our Flussonic Watcher, a comprehensive video surveillance solution. They have access to our monthly updates and technical support - by the way, they have not contacted it for a long time, from which we can conclude that everything works as it should. Several thousand cameras regularly operate on a multi-thousand subscriber base, and it’s constantly expanding.

But our story with Moldtelecom does not end there. European countries are experiencing a problem with expensive Internet - with a small number of channels there are a large number of people who want to use them. In the future, we plan to create our own DVR that will allow recording the video locally at the facility, and only the most important points, or video with a lower resolution, will be replicated to the cloud.

In addition, we are constantly improving our analytics: now we are teaching our neural network to recognize European car numbers, which will allow us to arrange video surveillance at checkpoints with automatic opening of barriers.