Why Do We Burn Subtitles?

Why Do We Burn Subtitles?

The history of subtitles goes back to when people realized that dubbing takes too much effort, time and money. Subtitles were later used to make life easier for deaf or hard of hearing viewers, as well as for those who have trouble recognizing accents or are just learning a new language. Over time, people discovered how to use subtitles to describe sounds and music. For example, some movies display text such as “(sighs),” “(door creaks),” or “(sad music).”

As subtitles evolved, authorities implemented new laws and regulations, forcing television companies to post videos with text. At the same time, TV manufacturers had to implement additional settings that would allow subtitles to be shown on those devices.

Subtitles, or Captions, can be open (OC) and closed (CC). Open captions are always displayed on the screen and cannot be turned off, whilst closed captions can be turned on and off by the viewer at any time.

Caption transmission technology varies from country to country. Furthermore, television broadcasting on the Internet has sparked the creation of new subtitle formats on the Internet, adding more variety to this “mix”.

As mentioned above, closed captions can be disabled. When the user receives a signal on their TV, they can turn off the subtitles. In order to turn on the subtitles, the user must go to TV settings.

The goal of burning closed captions is to transform closed captions into open captions so that subtitles on one side are displayed immediately when the viewer starts, and on the other side they cannot be disabled, removed or accidentally “lost”.

Caption recording is a process of displaying the text on the video and encoding it on the image. Therefore, we can burn only one subtitle track into a video track. Subtitles are an integral part of the video frame, and anyone who wants to copy a certain fragment will also copy the text contained therein.

Burning subtitles isn’t cheap and requires transcoding. Deploying an image and changing the shot at the pixel level involves transforming that image from a codec into pixels and so on, which is a complex and energy-consuming process.

The processors perform transcoding, which is only used when there are strong reasons to keep subtitles on a video track. Another important aspect worth mentioning is that while recording subtitles in various resolutions, these should be placed on all existing tracks: HD, Full HD, 480p, etc. If we ignore this and apply captions on a single track, the caption image will likely disappear or become unreadable to the viewer.

A television channel can simply lose its license from a government if closed captions are ignored. To protect companies from such unfortunate results, we have added a closed caption recording service to Flussonic Media Server.

Why do we burn subtitles? The answer is quite simple, to eliminate the risk of important data being falsified. It would be easy to change a simple text file, while recorded subtitles are almost impossible to edit.

Another use of caption burning is for court hearings. Some countries have laws that require you to make a transcript of the trial in the official language. If the plaintiff, defendant, or attorney in the courtroom speaks a language that is not recognized as the primary language, the court must provide a recorded transcript.

Police also take advantage of subtitle burning. Video from police officers’ cameras must contain the exact time of the recording. When burning the text, the quality of the picture is also reduced, which makes it meaningless to publish such records in the media. 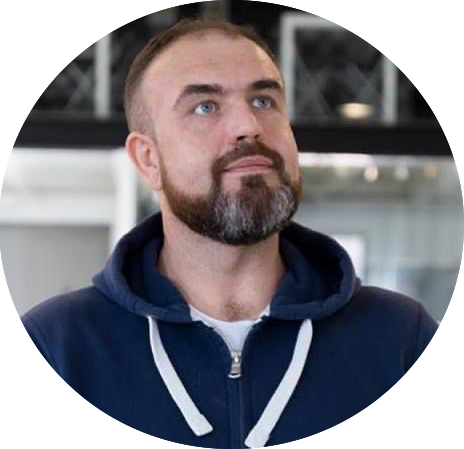 How to Add Subtitles to TV Broadcast and Why it Matters
Auteur: Max Lapshin