Previously, Watcher was based on combining an arbitrary number of users and cameras into one logical group. It worked like this: all users in the group were given access to all the cameras in the group. The group was assigned an administrator who could manage the list of cameras and the list of users in the group, but the administrator was not able to assign different rights to users within the group due to the nature of the permission system.
At first it seemed the best solution for us, but over time it became clear that it was not. Let’s continue with the example of a pharmacy that wants to install cameras. The pharmacy turned to our client – an ISP, and they mounted the cameras and gave the pharmacy access to the video surveillance service deployed on Flussonic Watcher. All employees had access to all the cameras of this pharmacy. It seemed convenient but then the business owner wanted to limit access to the camera in his office – the staff was not supposed to view the owner’s camera. There was no simple solution in Watcher. It was possible to set up two groups: one combining all employees with all cameras except the camera in the owner’s office, and the other combining only the owner (director) with all cameras.

It would seem that a solution was found, but then the business owner opened a branch in another city, appointed a director there, and hired employees. The situation is similar. Branch employees must not see what is happening in the director’s office, but the business owner must see all the cameras. Again, two additional groups were created. Then another issue came up. The business owner decided to install an additional camera. Instead of adding the camera to the system in one click, the ISP staff had to add it 4 times to all groups related to this pharmacy.

For a long time we did not know how to answer our client to make his life easier, and eventually we decided to start the answer with the words “We are going to do everything differently and according to your needs…”. It became clear that groups would not allow the system to develop the way we wanted, and we decided to come up with a replacement.

Since the principle of groups has long served us faithfully, the first thing we tried was to develop this principle into something more. But the word had to be dropped — we decided that users would not appreciate the idea of “grouping groups into subgroups, creating hierarchical groups.”

In our company, we have imposed a ban on the word “group” with the penalties for employees. Having gorged the pizza several times on the proceeds from fines, and starting to feel the lack of money in our pockets, we understood the shortcomings of overeating and the prospects for further starvation. This way, fines and pizza encouraged us to hurry up with finding a new solution to replace groups.
The initial idea of using hierarchical groups did not last long. It was very difficult to implement and it was very difficult to convey to the focus group of our clients from among those who experienced difficulties with the previous structure. The essence of hierarchical groups was that not only cameras and users could, as before, be added to the same group, but also that other groups could be added inside a group, and those subgroups would also consist of cameras and users. The same cameras and users could be present in groups on different levels of hierarchy. However, the solution did not make clear:
1. How to differentiate rights to control cameras and to view video from them within one group of users. 2. How to properly inherit rights in situations where one user in a higher-level group may have fewer rights than in a lower-level group. 3. How to read a subscriber’s statistics. This is important because an ISP bills the subscriber based on the root level group.
Classical CCTV systems allows managing lists of cameras and access rights in the form of hierarchical trees. But we needed one more business entity with which to divide subscribers within one Watcher and provide comfort in billing and billing integration. And that entity was the Organization within Watcher. Organizations and hierarchical trees of cameras perfectly complemented each other and fully solved all problems arising for subscribers:
• giving users different rights to different cameras
• organization of billing services and payments
• controlling a large number of cameras.

The new architecture applied to our client

Here’s how it looked through the eyes of the subscriber: 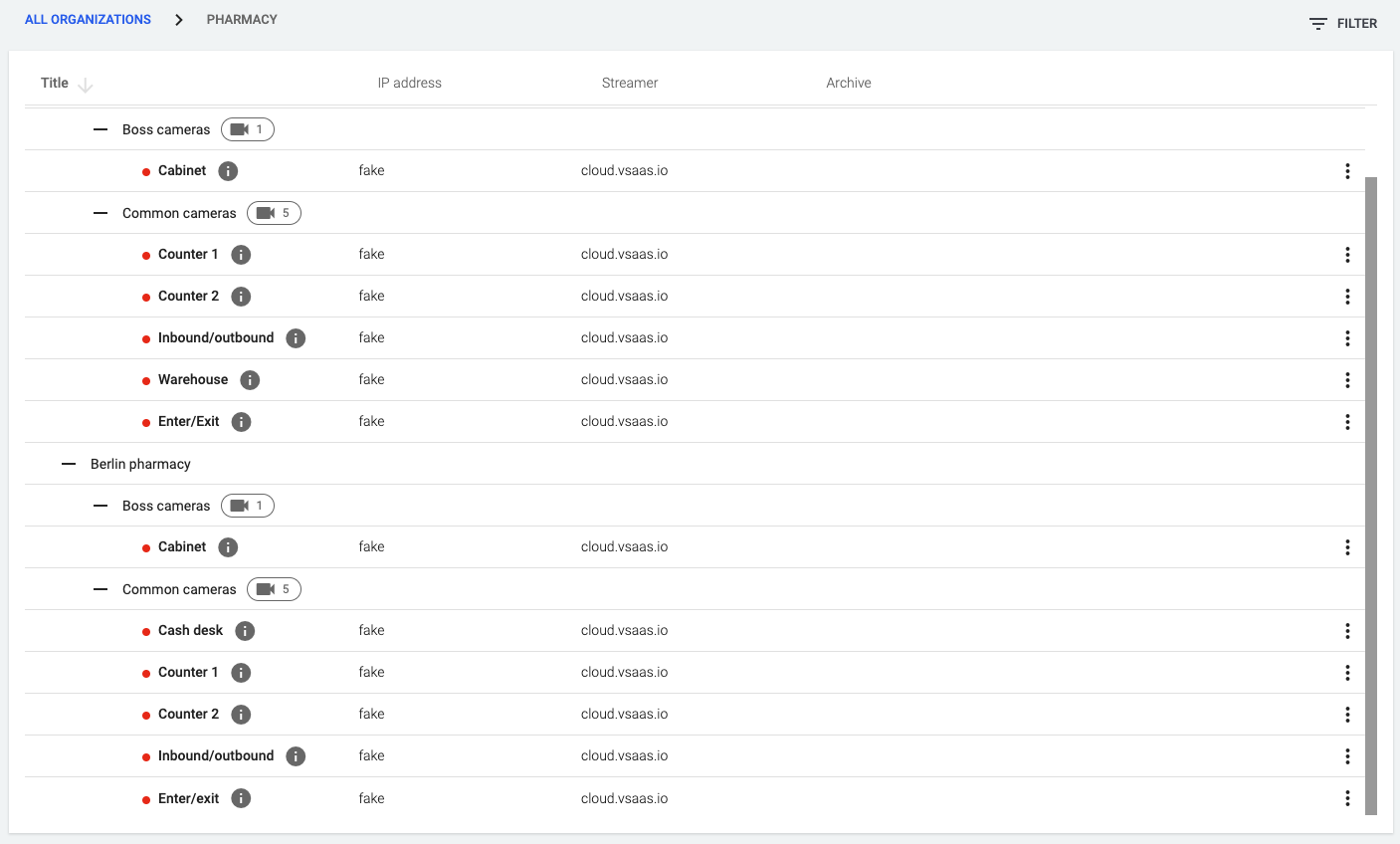 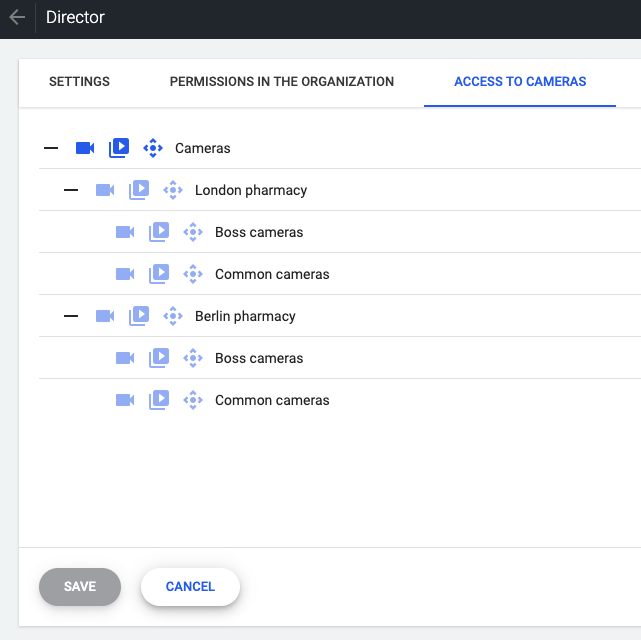 And the Employee user only has access to cameras from the Public Cameras folder: 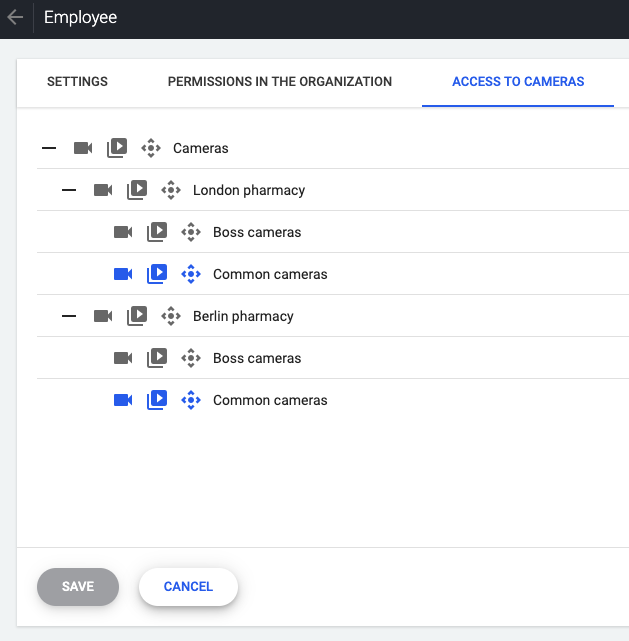 We have done a lot of work to implement a flexible system of access rights to cameras in Watcher. Now our customers and partners – ISPs can easily provide cloud video surveillance services to both organizations and individuals.